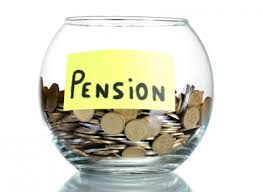 Fianna Fail TD for Dublin Bay North Sean Haughey says that reform is required to ensure that women who have taken time out of the workforce to care for children or a sick or elderly family member are not penalised when it comes to calculating their entitlement to the Contributory State Pension.

Deputy Haughey said, “A number of women have been in contact with me in recent months highlighting their inability to access the full State Pension.”

“Presently there exists an anomaly in the system whereby a woman who exited the workforce prior to 1994 to look after her children or a relative is not entitled to disregard years spent outside the workforce when their social insurance record is being calculated for pension purposes.”

“The effect of this is that many of the women who took time out of the workforce prior to 1994 may not have enough contributions to access the full State Pension.”

“In contrast those who have left the workforce since 1994 to raise a family or care for a relative are entitled, under the Homemaker’s Scheme, to have up to 20 years of time spent in the home disregarded when it comes to calculating their yearly average social insurance contribution thus making it easier to qualify for the full pension.”

“The Government should seek to move towards a situation were ultimately women who exited the workforce prior to 1994 have the same pension rights as those who currently benefit under the Homemaker’s Scheme.”

Deputy Haughey concluded by stating that, “A concerted effort to end the unfair treatment that these women experience would represent a strong statement that this country values the social contribution of everyone who took time out of work to care for their family.”