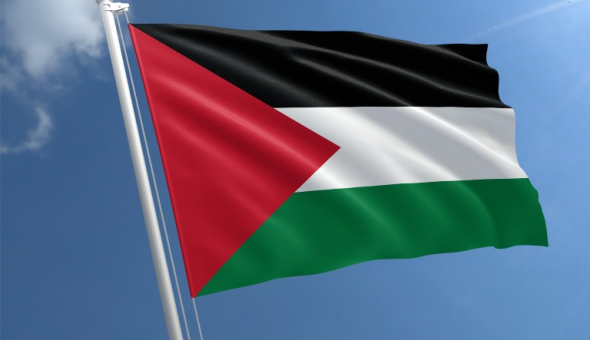 Herewith is the text of a motion on Palestine which was passed at the Fianna Fáil Parliamentary Party meeting last night (27.04.2021).

This draft motion was prepared by Christian Aid Ireland, Trócaire, the Irish Congress of Trade Unions, and Sadaka.

We hope that it will obtain all-party support and be passed by Dáil Éireann in due course.

* The annexation of territory, whether de jure or de facto, is a violation of the fundamental principle of international law enshrined in Article 2(4) of the UN Charter which states: “All Members shall refrain in their international relations from the threat or use of force against the territorial integrity or political independence of any state, or in any other manner inconsistent with the Purposes of the United Nations.” UN Security Council Resolution 2334 (December 2016) on Israel refers to “the inadmissibility of the acquisition of territory by force” echoing the original phrase from UNSC resolution 242 in November 1967.

* The Geneva Conventions of 1949, and their protocols, bind Ireland as a State Party, and provide that parties to the Conventions must respect international humanitarian law.

* The transfer by an Occupying Power of parts of its own civilian population into the territory it occupies is a War Crime under the Rome Statute of the International Criminal Court, a Grave Breach of Additional Protocol I to the Fourth Geneva Convention and also violates Ireland’s Geneva Conventions Act, 1962 and the International Criminal Court Act 2006.

* The international community has criminalised the transfer by an Occupying Power of its civilian population into the territory it occupies precisely so as to prevent the colonisation and acquisition of territory by force.

* In its 2004 Advisory Opinion on the Legal Consequences of the Construction of a Wall in the occupied Palestinian territory, the International Court of Justice held that the construction of the separation barrier together with the Israeli settlements built in the West Bank in violation of international law “create a ‘fait accompli’ on the ground that could well become permanent, in which case, and notwithstanding the formal characterization of the wall by Israel, it would be tantamount to de facto annexation.”

* Israel has already annexed de jure East Jerusalem and the Syrian Golan Heights. The UN Security Council has condemned both annexations as having “no legal validity” and “constituting a flagrant violation of the fourth Geneva Convention in UNSC resolutions 476 and 478 (East Jerusalem) and 497 (Syrian Golan).

* Various Israeli government Ministers have clearly expressed that the illegal settlements are intended to be permanent, including the current Israeli Prime Minister.

* The UN Special Rapporteur on the situation of human rights in the Palestinian Territory occupied since 1967 has concluded: “These statements of political intent, together with Israel’s colonizing facts on the ground, its legislative activity, and its refusal to adhere to its solemn obligations under international law or to follow the direction of the international community with respect to its 51-year-old occupation, have established the probative evidence that Israel has effectively annexed a significant part of the West Bank and is treating this territory as its own.”

* The Minister of Foreign Affairs, through the Department of Foreign Affairs, stated on 23 April 2020 regarding developments in Israel, that: “Annexation of territory by force is prohibited under international law, including the UN Charter, whenever and wherever it occurs, in Europe’s neighbourhood or globally. This is a fundamental principle in the relations of states and the rule of law in the modern world. No one state can set it aside at will.”

* Ireland and the EU have supported and imposed sanctions against countries which violate Article 2(4) of the UN Charter, including in the case of Russia’s annexation of Crimea in 2014.

* On 12 December 2014 Dáil Éireann unanimously passed a motion recognising the State of Palestine.

* Declares that Israel has annexed de facto the land in the West Bank on which the Israeli settlements are built;

* Condemns the annexation by Israel of East Jerusalem, the Golan Heights and that part of the West Bank on which the settlements are built as a flagrant violation of international law;

* Calls on the Government to take all measures within its power to ensure that Israel is held accountable for its annexation of Palestinian territory; halts all settlement activity; and ensures equal rights and an end to discrimination for all people under its effective control; and

* Calls on Government to actively and regularly update Dáil Éireann on the implementation of the elements set out above.